Recognition of volleyball as national sport

KUMAR CHAULAGAIN AND NABIN POUDEL, Kathmandu, May 31: A country without its national sport cannot be expected in general. Every country has its own national game. India’s national game is reported to be hockey while table tennis is said to be the national sport of China. So Nepal is no exception.

The Cabinet meeting recently recognised volleyball as the national sport, ending the long-held assumptions for kabaddi or dandibiyo to be the national game.

Following long rigorous study and analysis, the Cabinet recognised the sport with recommendation of the Ministry of Youth and Sports.

The recognition has filled the vacuum created by the long failure to get Nepal have a national game. Besides, it will help form a bond among Nepalis, undersecretary at the Ministry of Youth and Sports, Ratna Bahadur Katuwal.

The acceptance of volleyball as the national sport was based on the facts that the game can be played within a smaller area given Nepal’s mostly mountainous topography and with as comparatively little as investment. Moreover, it is economically accessible to many Nepalis, he said.

The decision was taken three years after the national sport selection and recommendation committee led by joint secretary of the Sports Division under the Ministry established on the initiatives of then Minister for Youth and Sports Purushottam Poudel on December 19, 2014 had proposed in this regard.

Then the committee had recommended various 13 games based on accessibility, physical structure and situation, self-defence, self-esteem, national pride, efficiency, discipline and probability, assistance and cooperation and art and strategies.

Member of the three-member committee are chief of the competition and planning branch and sports development section of the National Sports Council. The committee had published a notice in national dailies and post offices across the country, held interactions and collected suggestions for the same.

The then Sports Ministry had proposed to the Cabinet that of the recommended games, one of volleyball, kabaddi and wushu should be recognised as the national sport.

The game has comparatively strong organisational structures within the country with the formation of the volleyball organisation in all 75 districts.

“Constant concerns and pressure by the Nepal Volleyball Association forced into this decision to recognise volleyball as the national sport,” said an undersecretary of the Ministry.

Applause from the Association

President of the Association Manoranjan Raman Sharma hailed the government’s decision as encouraging for the development of volleyball in Nepal. “The government has handed us an invaluable gemstone. The responsibility has been placed on our shoulders to choose an option whether to throw it away or turn it into a Kohinoor diamond.”
The main challenges to this date is how to develop infrastructure and produce professional players, he said, adding that to tackle these challenges, the National Sports Council and the Ministry should provide necessary assistances. 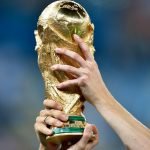 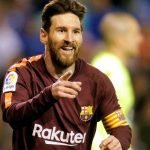