Minister for Youth and Sports Purushottam Paudel unveiled the logo and mascot amidst a programme at the Olympian semi-covered hall. MoYS Secretary Dipendra Nath Sharma and NSC Member Secretary Keshab Kumar Bista were also present on the occasion.

The logo and mascot — designed by Khimraj Shrestha and Santosh Bista respectively — were chosen by a three-member panel of National Games preparation Secreteriat chief Kamal Khanal, fellow NSC officer Ramesh Khanal along with prof Radhe Shyam Mulmi from among 12 entrants in each section. Logo designer Shrestha received Rs 45,000, while Mascot designer Bista was handed over Rs 35,000.
The logo consists national flag semi-circled with blue colour, which gives an impression of nationalism, while it also has the image of Mt Everest, which is in the Eastern Region. Seven players carrying torch with pigeon will give the message of peace, informed member of the selection panel Kamal Khanal. Wild Water Buffalo (Bubalus Arnee) has been chosen as the mascot for the Games. Arnee, running on the back drop of Koshi Tappu with torch in his hand, was finalised as it resembles the Eastern Region, Khanal said.

Member Secretary Bista said the seventh National Games was still under clouds because of the political situation of the country. “There are some concerns but we are determined to organise the Games and we will not leave any stone unturned for the same,” he said. “We will appeal to political parties and agitating groups not to schedule any protest programmes during the period. The Games will be held just after festivities and that period is safe,” Bista said. “We hope the situation will be favourable after the promulgation of constitution,” he added. 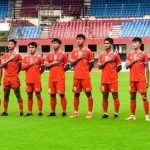 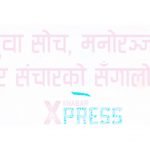 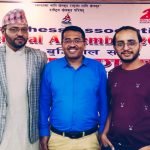 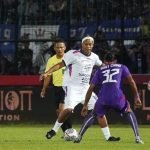 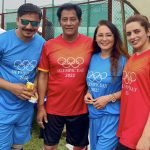 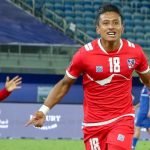